Together with the Early Access / Game Preview release of Arma Reforger, we're also sharing with you our very first official mod, Capture & Hold.

Available for download via the in-game Workshop, it marks our first foray into the Enfusion modding scene — and it's completely free for all to enjoy! But what's it about? Quite simply, it's a multiplayer game mode where two groups of players must secure sites and defend them for as long as possible. In other words, it's about achieving tactical superiority of an area, combining the action packed deathmatch with the classic gameplay of a 'capture the objective' scenario. 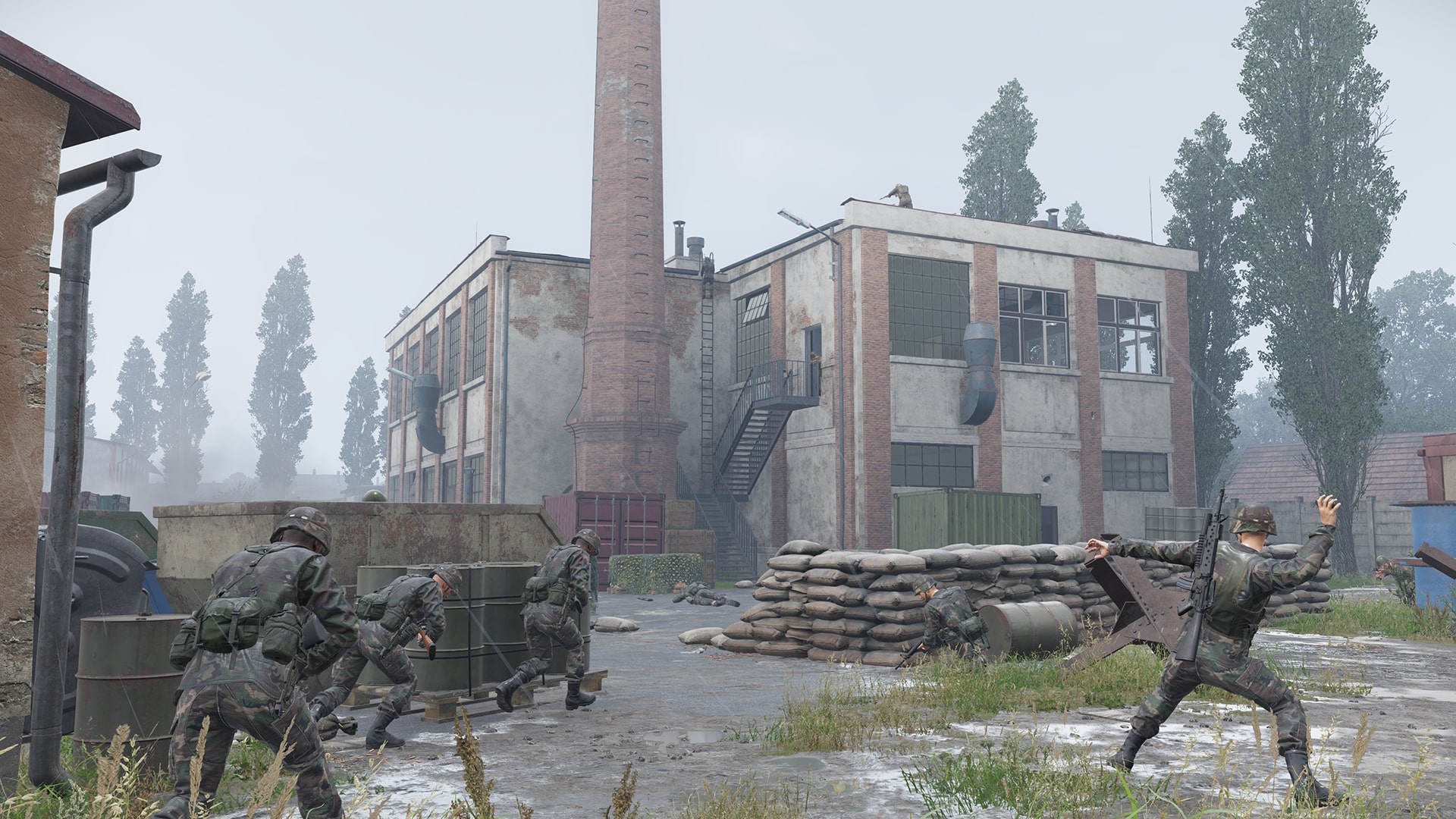 But that's not to say Capture & Hold lacks tactics! Indeed, without teamwork, you're probably going to suffer some. Communication, just like real-life, is key, and group cohesion will make all the difference. Plus, it's not just one mission. There's plenty to choose from, with differing objectives and strongpoints. Teams will have to adapt and exploit the terrain to their advantage; what works for one battlezone might not for another. In this way, you'll begin to experience Arma's authentic combat through trial and error, honing your skills against other players. It might mean a learning curve, but it's a good follow-up to basic training!

Moreover, you'll be pleased to hear that Capture & Hold is fully compatible with Game Master and although the rubric of the game mode cannot be changed, you can add assets, AI units, and tweak the environment parameters, such as the weather and time. In fact, if you really want to, you can use Workbench to create something similar, with your own rules. If nothing else, we hope that this official mod will act as a 'proof of concept'. To show you what's already possible using Enfusion's tools. We don't doubt that your collective creativity and passion will quickly surpass our own humble efforts here. Like you, we're learning as we go! 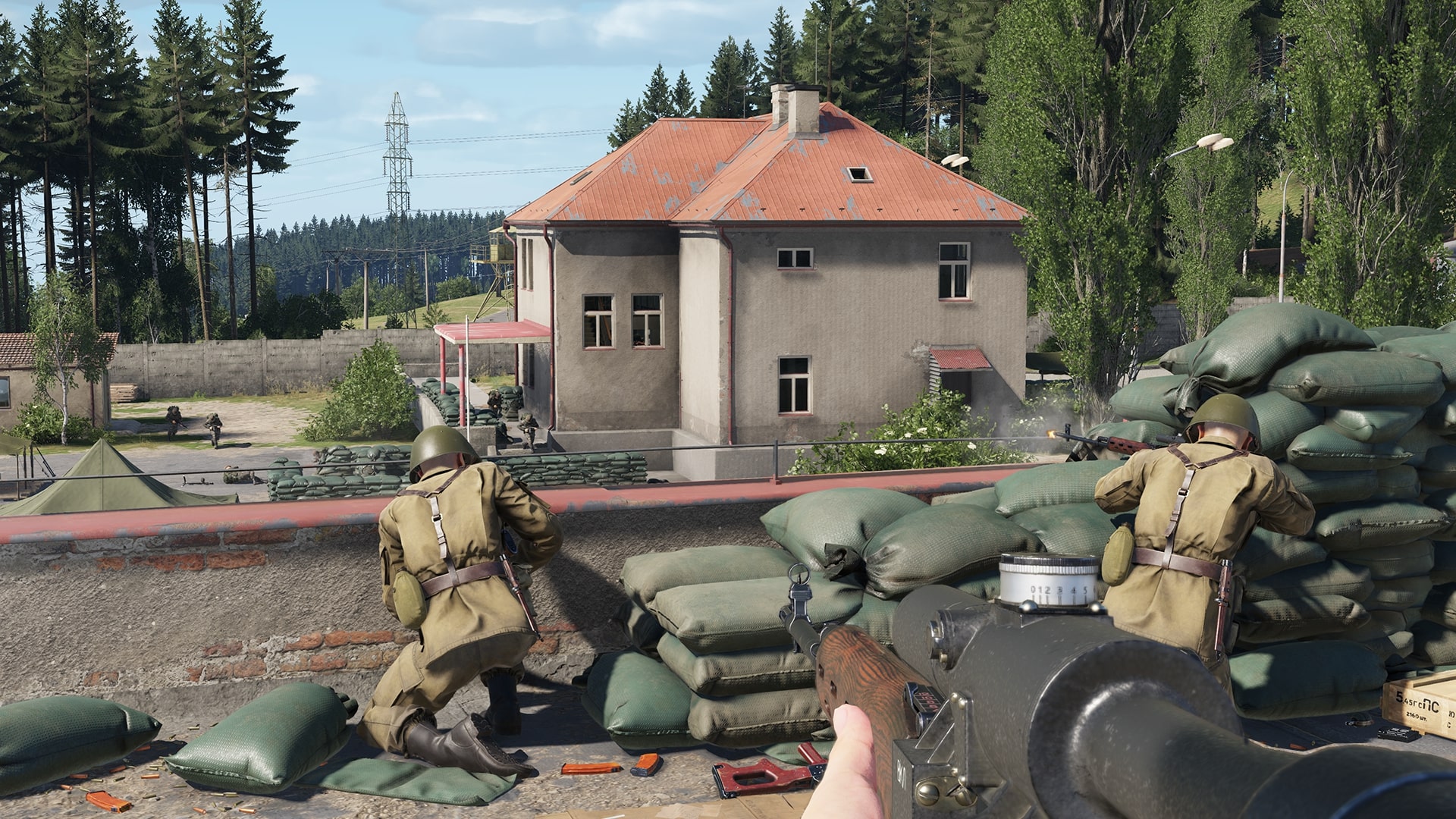 Capture & Hold will also enable the curious modders among you to look beneath the hood — just open it up in Workbench and begin exploring. You'll soon see what's what and how it functions. In this respect, we're rather hoping it will supplement our documentation. After all, getting hands on with things and taking them apart is a great way of seeing how everything fits together.

On the whole, we spent some time on Capture & Hold to support the initial scope of Arma Reforger's playable content. But more than that, we wanted to reconnect with our memories from prior game modes, and to see what was still fun and what was less so. And that's actually how all this came about — it started as an internal playground for combat mechanics. In this regard, your feedback is warmly welcomed and will play an essential part in our decisions going forwards.

Finally, we also needed to know that generating user content is achievable, using the tools we're sharing. Through Capture & Hold, we built an add-on and published it, without redirecting major resources from the core development of the game.

That last point's important because we believe that individuals and smaller modding teams should be able to accomplish something similar. Creating content and uploading it on Arma Reforger's Workshop should never mean you need a dizzying number of people with expert skillsets... unless of course, you're dreaming big!

Capture & Hold is free and available to play now. Just launch Arma Reforger and download it from the in-game Workshop. Be sure to tell us what you think!