Apart from past updates and planned changes, this week we wish to discuss information about current issues and what we are doing to resolve them. Specifically, we want to address some of the major reasons for player disconnects and crashes. Besides that, we look forward to showing you our changes on voice over network and some of the other major, upcoming additions - such as cross-play!

First, we want to address issues that you can usually encounter: problems with connecting, kicks, and crashes. This is obviously a dire situation and we are fully focused on resolving those issues. We recognize and understand the frustrations of our players so we would like to explain the situation in detail.

There are three major areas. Connectivity issues, basically all the situations when you cannot get into the server either because of mod's error, loading error, or client crash. The second area is disconnections or kicks from running game sessions. Most of them are caused by extensive network traffic, often caused by desynchronization states of entities between your client and server. There are also multiple valid reasons for the disconnection - for example, server restart, scenario ending, kick caused by team-killing, or voted. That makes the issues to be hard to reproduce in a reliable way. They are complex, often actions that lead to them having to be done with precise timing and order.

We have fixed several bugs and inefficiencies that could lead to disconnects. We also improved delivery guarantees on more unstable connections, which have also shown to cause disconnects. We have improved network traffic both for streaming and objects already existing in the game (such as characters and vehicles). This mostly helps people with slower and less stable connections (e.g. wireless networks) but can also improve how quickly replicated objects show up in the world. More significant optimizations are coming soon.

We are currently working on addressing other related bugs. Because of complexity and difficult reproduction, we had to develop tools to better diagnose the causes. We are currently using those tools to investigate known repro-steps and your feedback. We are confident that this method will lead to significant improvements in network reliability.

And what are we doing about crashes?

Most severe are the crashes of the server. Every bit of information from your feedback is extremely helpful, as we are working on isolating and fixing them. There is a video card memory crash on consoles. It's related to something called memory fragmentation and we already have a fix delivered on PC version and pending for consoles. Regarding the crashes on clients - they are often related to mods. We are trying to test mods as well, but it is a lot more combinations than we can afford. They can cause issues when multiple mods are combined. Our target is to prevent the crashes by gracefully failing the mod, for example with an error message or by disabling problematic features. With all the possible combinations we heavily depend on your feedback and reports. A very common crash happens just on the closing of the game application and does not cause further issues, we consider it harmless at the moment.

And now for this week´s delivered updates.

User interface elements related to voice over network and radio communication were reworked to be more visually consistent with other HUD and take less space. Additional lock icon informs players when they have voice transmission toggled. Icons were made more generic too, making certain mods completely obsolete. 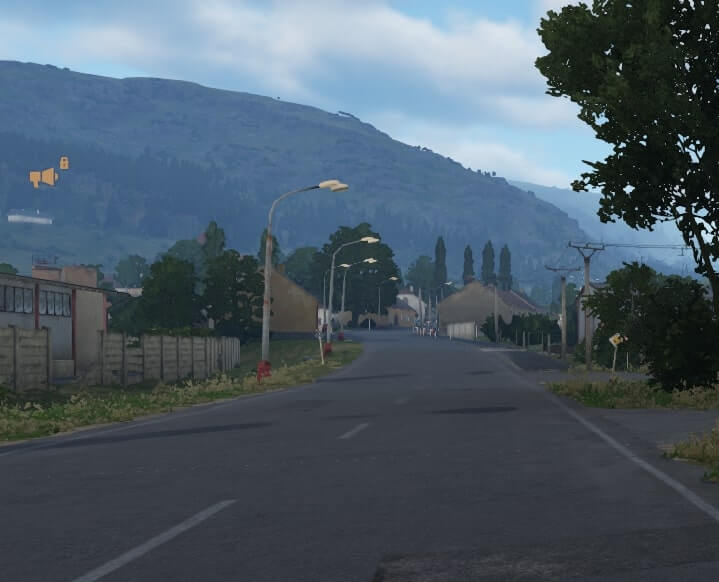 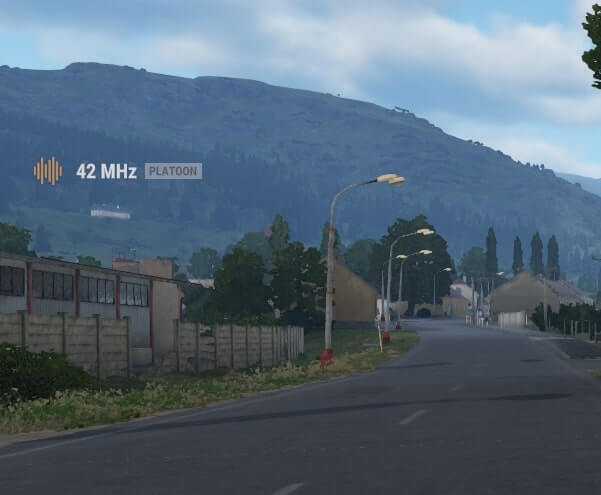 We optimized the usage of the map, hopefully, this will stop the degradation of performance that some players were experiencing.

We also fixed lots of smaller game issues related to the following:

Modders might find it interesting that we fixed the usage of weapon pivot in the configuration of sights and scopes. This should help with the use of those attachments between different weapons.

What can you expect in the near future? Again, some good news for modders, we are preparing an improved serialization system, the ability to save and load not only from JSON files, but also binary files, improvements to script API, and easier handling of containers during saving or loading. We are also working on a new script API and methods to modify animation logic on characters, we want you to be able to create your own animation commands and communicate with the animation system.

You can look forward to control improvements - on Xbox we are tweaking the responsiveness of aiming and enabling weapon inspection. For PC players we fixed controls binding of inventory and some other similar actions, added customizable keybinds for quick slots, weapon inspection, hints, and tasks.

Regarding a pressing issue of servers restarting - we are testing a change which, instead of doing a hard reset at scenario end, will reload the mission without disconnecting players. The first version will be delivered soon for Capture & Hold servers, where we intend to test it more.

And finally, cross-play is coming! That's right! PC and Xbox players can battle it out together in the near future. We are currently doing final internal tests and planning to enable it on official and community servers. This should allow Xbox players to finally enjoy modded multiplayer matches. We also hope that the PC scene will welcome Xbox players and the influx of players into one playing space. Keyboard and mouse support for Xbox is not ready for public release just yet.

As always, we thank everyone for your continued support and for providing valuable feedback.